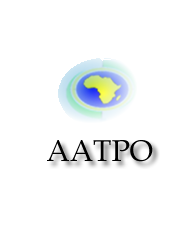 The Association of African Trade Promotion Organizations (AATPO) is an intergovernmental institution that was established in 1974 under the auspices of the United Nations Economic Commission for Africa (ECA). At the beginning of its creation, the fifth joint meeting of the OAU and ECA on Trade and Development (Geneva, 1970) recommended the latter to assist African countries in creating a Pan-African institution specialized in the Promotion and Development of intra-African trade. Under this Directive, the CEA had developed preliminary plans for the implementation of this Recommendation the outcome was holding an inaugural session January 18, 1974 in Addis Ababa / Ethiopia to sign the Constitution establishing the AATPO.

Aiming for the Development and Promotion of intra-African trade and the harmonization of African trade policy to promote and develop trade, the AATPO to this day remains the only Pan African Intergovernmental Organization which brings together associations and African trade promotion institutions and businessmen in order to better serve the interests of our continent and promote economic integration and autonomy.

The AATPO became operational in 1977, the date of inauguration of its first Secretary General and the effective start of its activities. To better fulfill the role that has been assigned to since its inception, and especially after the Special Session of the Assembly of Heads of State and Government of the OAU (Lagos / Nigeria in April 1980) adopting the Plan of Action Lagos, that the Association is designated “as Executing Agency for the promotion of intra-African trade,” the AATPO has defined five priority areas around which its activities.

Briefly described, these areas of activities are organized around the following themes:

The Business Information: For which, the AATPO directs its actions towards policies that promote a common African trade exchange information,

Studies and Research: They allow the Association to undertake the identification and analysis of factors affecting the potential for intra-African trade.

Development of Commercial Exchanges: The emphasis is on practical business operations that may lead to commercial transactions between economic operators of the Continent,

Training: It is intended to enhance the skills of those responsible for business development in the member countries AATPO and

FLASH of AATPO: Periodical of information African Trade, the “FLASH” is one of the publications most famous AATPO, contains articles, studies and reports on the Promotion of intra-African trade. It also serves as a useful support for African States to insert their ads, and provides them with a variety of business information (business opportunities, set relationship, partnership …) to promote their Commercial exchanges.

Books and Monographs: To make the African markets and their economic potential to better understand the building trade, made several AATPO Commercial Economics Monographs on most of its member states, namely the “Perspectives of Commercial Africa “on: Cameroon, Egypt, Ghana, Kenya, Libya, Morocco, Nigeria, the Democratic Republic of Congo (ex. Zaïre), Swaziland, Togo, Tunisia and Zambia.

Moreover, the AATPO just updated a paper on the expansion of trade in West Africa entitled “PROMOTING INTRA-AFRICAN TRADE, THE CASE OF ECOWAS.” Currently a guide to the potential business opportunities in Africa entitled “HOW TO DO BUSINESS IN AFRICA” is being published.

The AATPO has a Service or Commercial Information Unit that serves as a central point in the Collection, Processing, Analysis and Dissemination of Trade Statistics and whose implementation is undoubtedly one of the sectors primary intervention of the Association, in that it makes available to the Member States, as well as many users (businessmen, researchers, traders, etc.), a multitude of comprehensive statistical information , reliable and recent data on the evolution and prospects of intra-African trade.

The AATPO also undertakes regular training activities and / or seminars in collaboration with other inter-governmental organizations on specific topics related to international trade, for Managers and Executives responsible for business development in the Member States Association.

In addition to training activities, the Association also began under the intra-institutional cooperation and joint research projects with national and international organizations for its members to promote their trade states. This is as it should be mentioned the joint project between AATPO and the EEC, on the development of intra-African trade. To assist and encourage traders to engage in commercial transactions between partners and revolved mainly around the following priority phases:

For the sake of making more AATPO Operational and to avoid duplication, ECA / UN had recommended in 1992 to the end of its program of rationalization and harmonization of pan-African institutions which it provides sponsorship, Merge activities and structures AATPO with those of the African Federation of Chambers of Commerce (FACC) in a Unique Regional Organisations to work for the Promotion and Development of Trade and Investment to involve the private sector in the activities of the new entity, to make it more independent of the contributions of Members who are increasingly rare states.

It was after this Recommendation that the 32nd Session of the Conference of African Ministers of Trade (Addis – Ababa from 5 to 8 May 1997) adopted Resolution No. 827 on such merger, stating that “all functions business of the FACC are transferred o AATPO in order to promote the development and promotion of trade and investment at the Regional level. “

Under this resolution, the Boards of Directors of AATPO and FACC held April 30, 1999 in Addis Ababa, a Joint Meeting at the end of which they reiterated their agreement in principle on the Fusion and given mandate ECA / UN for its implementation, in collaboration with the Secretariats of the two institutions as well as their Member States and other organizations following a precise calendar that was established for this purpose.