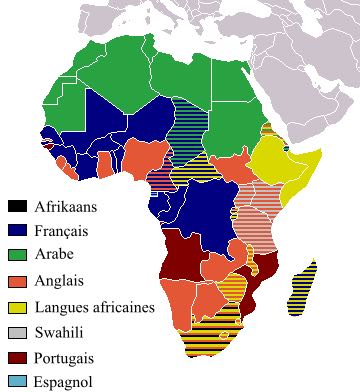 Three years ago only a handful of formal shopping centres exceeding 10,000m² were scattered across Africa north of SA’s borders. And not a single JSE-listed property company had a presence on the continent.

How times have changed. Developers are finally putting their money where their mouths are. Millions of dollars are starting to flow into new retail-focused projects.

According to figures released by Terrace Africa consultant Brett Abrahamse at the African Property Investment Summit held in Sandton last week, more than 40 shopping centres across 11 sub-Saharan African countries are either under construction or set to break ground before year’s end.

These projects (excluding malls valued at less than US$15m) are collectively worth around US$3bn (R30,6bn).

Moreover, SA property investors will be able to share in the spoils of Africa’s rapidly growing consumer markets when African Land Investments lists on the JSE later this year.

The African-focused property portfolio, currently being assembled by a group of high-profile local and offshore private equity investors, is set to become the first JSE counter that focuses exclusively on African (excluding SA) real estate.

African Land Investments’ flagship property is the 43,500m² Manda Hill shopping centre in Lusaka, Africa’s biggest mall outside SA. According to an industry insider, the company won’t take on any development risk and will only acquire completed properties. The idea is to grow the portfolio to at least US$1bn within the next four years as new shopping centres open in Uganda, Kenya, Mozambique, Senegal, Ghana and Nigeria.

African Land Investments will target investors looking for a hard currency income and capital growth alternative to the JSE’s existing offshore property counters, which are mostly exposed to the UK, Europe and Australia.

Three other JSE-listed companies are also beginning to offer SA investors exposure to the dollar-based income streams of African shopping centre developments, albeit still a small part of their overall portfolios:

Rockcastle Global Real Estate Company, which listed on the AltX in July last year after a primary listing on the Stock Exchange of Mauritius;

Resilient Property Income Fund, which has committed R600m to build five shopping centres in Nigeria in a joint venture with Shoprite Checkers and Standard Bank.

Hyprop’s African joint venture with Atterbury is already paying off, with the fund receiving a dividend of R1,43m (out of a total R517,25m distributable income) from its 37,5% stake in Atterbury Africa for the June reporting period – the first time Hyprop has earned income outside SA. That equates to an effective return on capital of 8,3%.

Hyprop has invested R337m of its initial R750m commitment in Atterbury Africa, which together with Sanlam owns the 19,000m² Accra Mall in Ghana. Atterbury Africa also has a 45% stake in Accra’s West Hills Mall.

Hyprop’s chief executive Pieter Prinsloo says Atterbury Africa is likely to start construction on a third retail development, also in Ghana, before year’s end. “We’re keen to keep our African investment strategy simple by focusing on one country – it makes things a lot easier operationally and logistically.” He says Hyprop is likely to invest up to 10% of its assets in Africa over the next few years.

While the bulk of Rockcastle’s portfolio is currently invested in listed real estate investment trusts (Reits) in developed places like the US, Europe, Singapore and Australia, management recently announced its entry into Africa via the acquisition of a 50% stake in the 12,500m² Kafubu Mall now under construction in Ndola, Zambia.

Rockcastle’s chief executive Craig Hallowes says the acquisition is in line with Rockcastle’s strategy of diversifying its listed real estate portfolio into direct property assets. He says Rockcastle has in principle also agreed to acquire interests in two other retail developments in Zambia.

“Our aim is to have between 15% and 20% of overall assets in Africa.” Rockcastle’s market capitalisation has ballooned from about R83m at listing 14 months ago to R4,7bn.

Resilient’s managing director Des de Beer says he would like to grow the company’s offshore exposure from the current 13,5% of total assets to 35%. “Expansion into Africa will be a key growth area for the group over the next three to five years,” he says.