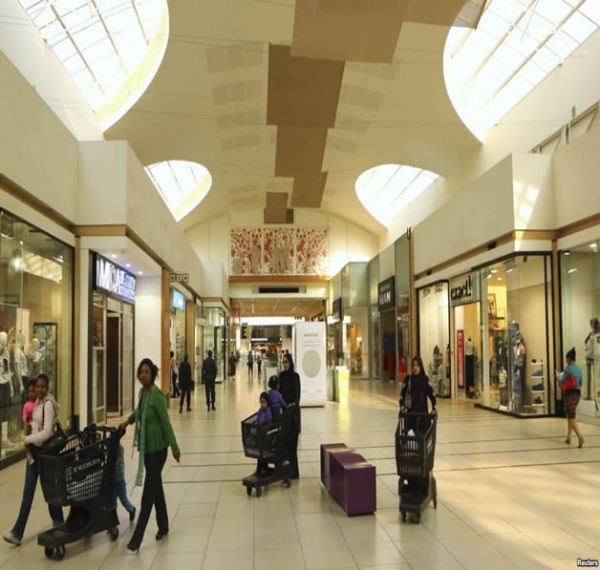 A new kind of consumer is popping up across the African continent, and retail property investors are taking note — and moving in.

Rapid urbanization in Africa coupled with a nascent middle class are critical success factors for retail. Property investors and developers in emerging markets are showing growing interest in Africa.

Once a continent that foreign investment shied away from, Africa has become an investment hotspot as more and more investors are attracted by the sub-Saharan region’s Gross Domestic Product (GDP) growth of more than 5% over that last three years.

Adrian Goslett, CEO of Remax of Southern Africa said while it was a relatively untapped region over a decade ago, with economies too badly managed for there to be any real opportunity for companies with integrity, there has been a massive shift towards encouraging foreign investment in Africa and the continent is on the move.

Today many large businesses are seeing the potential that the continent is currently yielding and are eager to expand into the region and take full advantage of the opportunities that are presenting themselves, he said.

While much of Africa remains a challenging place to do business, there are opportunities for property investors and developers to achieve high returns on the continent, according to Peter Welborn, head of Africa at property consultancy Knight Frank.

Mr Welborn says property investors and developers who are looking for emerging market opportunities “are increasing external investment in Africa, particularly as the growth markets of the last decade such as Asia-Pacific and central and eastern Europe mature and the level of returns they offer begins to diminish”.

Apart from SA, the continent has few high-quality property assets. While this means most JSE-listed funds have little desire to make acquisitions in Africa, the development of large and quality stock mainly by private equity funds is expected to lure greater interest from the listed sector.

South African developers and investors focused on the rest of Africa include private equity firm Actis, and more recently, RMB Westport and Stanlib.

In addition, JSE-listed Resilient Property Income Fund is targeting developments in Nigeria, in partnership with Standard Bank and Shoprite. Atterbury Africa, which is jointly controlled by Atterbury Group and JSE-listed Hyprop Investments, invests and develops across the continent.

Actis director Louis Deppe said last month that while Actis has been developing in Africa almost on its own for a number of years, there is now “a lot more noise in the private equity space”.

According to RMB Westport, the construction and retail development business in Ghana “is booming” with property investment managers including RMB Westport contributing to current projects in Ghanaian capital Accra worth $157m.

Mr Welborn says it is critical for investors to “understand the nuances of Africa’s many markets”, including governance issues, land ownership rights, cultural diversity and consumer buying patterns.

According to Knight Frank, the growth of Africa’s consumer markets is creating demand for modern retail formats and western-style shopping centres.

Countries such as Zambia, Ghana, Kenya and Nigeria have seen “a wave of retail construction activity in recent years”, which has delivered the first generation of modern shopping malls to many major cities, the consultancy says.

Knight Frank says the construction of further, and larger, shopping centres can be expected, as developers look to meet the demand for high-quality retail space.

“In sub-Saharan Africa, the most well developed and sophisticated retail market by far is SA, with numerous large shopping centres across the country. Interestingly, in 2000, SA had 240 shopping centres, while today the figure is over 1,500,” Knight Frank says.

Also, South African retailers are credited with “leading the way into the continent”, with those expanding north including MTN, Shoprite, Woolworths, Game, Standard Bank and Pick n Pay.

But according to Tony Galetti, joint CEO and co-founder of Galetti Knight Frank, international retailers “aren’t far behind”.

Mr Galetti says it is only a matter of time until the lesserdeveloped sub-Saharan Africa countries “start demanding not only the same retail experience as we have in SA with our varied choice of world class shopping centres, but also the same products”.

“SA is often used as a testing ground for the international retailers,” he says.

Broll Property Group Malcolm Horne says retailers are responding to increased demand from consumers in Africa, and are expanding operations on the continent — particularly from SA.

Mr Horne says regional retailer expansion, coupled with international retailers entering Africa and SA’s retail springboard profile “all make for an exciting market that is ready to grow apace, but choked by a shortage of quality retail space”.

In countries such as Kenya, rapid middle-class growth means there is now insufficient mall retail space, he says. Retailers “will flow into the country once it is evident there are more new well-designed malls, ready to receive and accommodate them”.

Broll Kenya MD Jonathan Yach says the sector is gearing up to meet the growing demand to build quality malls. Among Kenyan malls set to open over the next three years are Actis’ Garden City, as well as The Hub and Two Rivers.

South African retailers say the recent terrorist attack at the Westgate Shopping Mall has not affected their plans for the country.