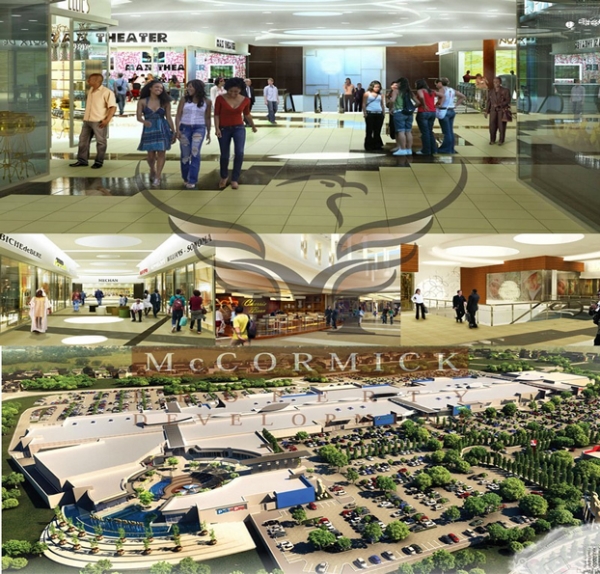 Take-up of retail space at Mall of Zimbabwe Millennium Park in the plush Borrowdale suburb of Harare has exceeded expectations reaching 75 percent, despite delays in the project construction.

The project which is worth US$100 million (Approx R1 billion ZAR) is a partnership between the City of Harare and three investors Augur Investments, McCormick Property Development and West Group.

The historic development will see Zimbabwe boasting the largest commercial development in Africa that is set to become the biggest shopping centre (92 000 square metre GLA, once completed) in the country and the second of its kind in the region.

According to Augur Investments chairman Mr Ken Sharpe, construction would start as soon as they finalised talks with tenants some of whom were still coming up with their requirements.

He said the Environmental Management Agency had approved the project on condition that they maintained a central wetland core.

“Planning has taken most of the time,” said Mr Sharpe. “About 75 percent of the tenants are signed up. We hope to finalise talks in the coming weeks. Leases were signed earlier to give room for any major structural alterations to meet tenants’ specifications.”

Mr Sharpe said McCormick Property Development their partners in the project have more than 30 years’ experience in constructing shopping malls, having constructed at least 48 malls around Africa.

Among the tenants who have taken space at the envisaged mall are South African retail giants Shoprite, Edgars, Truworths, Game and Mr Price.

The Zimbabwe Mall, which Mr Sharpe said is going to be the second largest in Africa, would create thousands of jobs for Zimbabweans as well as contribute to the country’s Gross Domestic Product.

The construction of the project was stalled in its initial stages after EMA opposed the idea, but Mr Sharpe said the intervention of the City of Harare resulted in them getting the development permits.

Augur Investments got the land following a barter deal with the Government of Zimbabwe following the company’s financing, designing and construction of the Joshua Nkomo Express Highway leading from the city to the Harare International Airport.