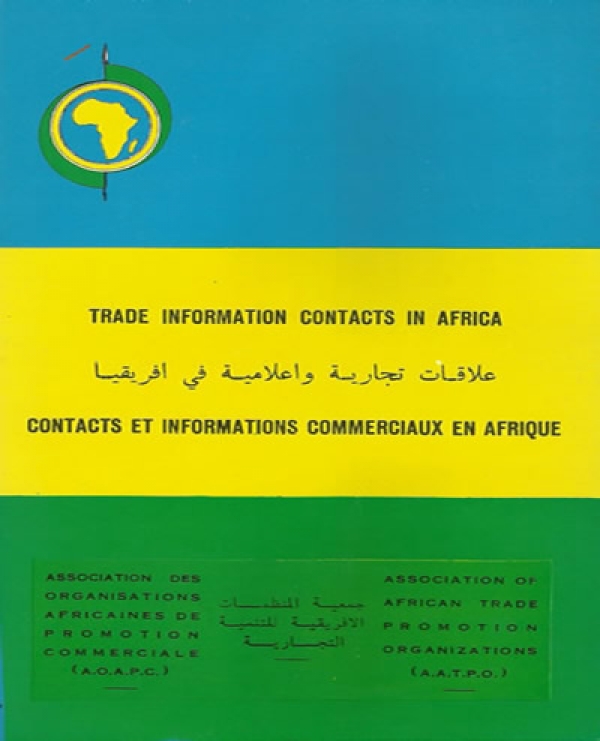 The Association of African Trade Promotion Organizations (AATPO) is an African body whose creation was sponsored by the ECA (United Nations Economis Commission for Africa) and the OAU (Organization of African Unity) with the fundamental ojective of developing and promoting Intra-African trade.

The activities of the Assocaition, in the contaxt of this fundamental objective, are grouped around five central areas, of which Trade Information is one. The activities in this area are directed to promoting and encouraging the exchange of the most up-to-date and useful trade data and information among its member states , so as to develop dyna,ic trade solutions among trading partners.

To this end, and in accordance with the Work Programme adopted at the Third Ordinary Session of its General Assemly, AATPO has prepared the present African Trade Directory, whis aims to facilitate the first usiness contact between trading partirs on the continent. The publication, which is intended as a paramount source of trade information, aims at providing an instrument, par excellence, for the promotion of intra-African Trade.

The present documents is a revised and updated edition of the DIRECTORY OF TRADE PROMOTION INSTITUTIONS IN AFRICA previously published by AATPO and includes all the fifty countries member of the Organization of African Unity. It gives the addresses of the following institutions in each country;